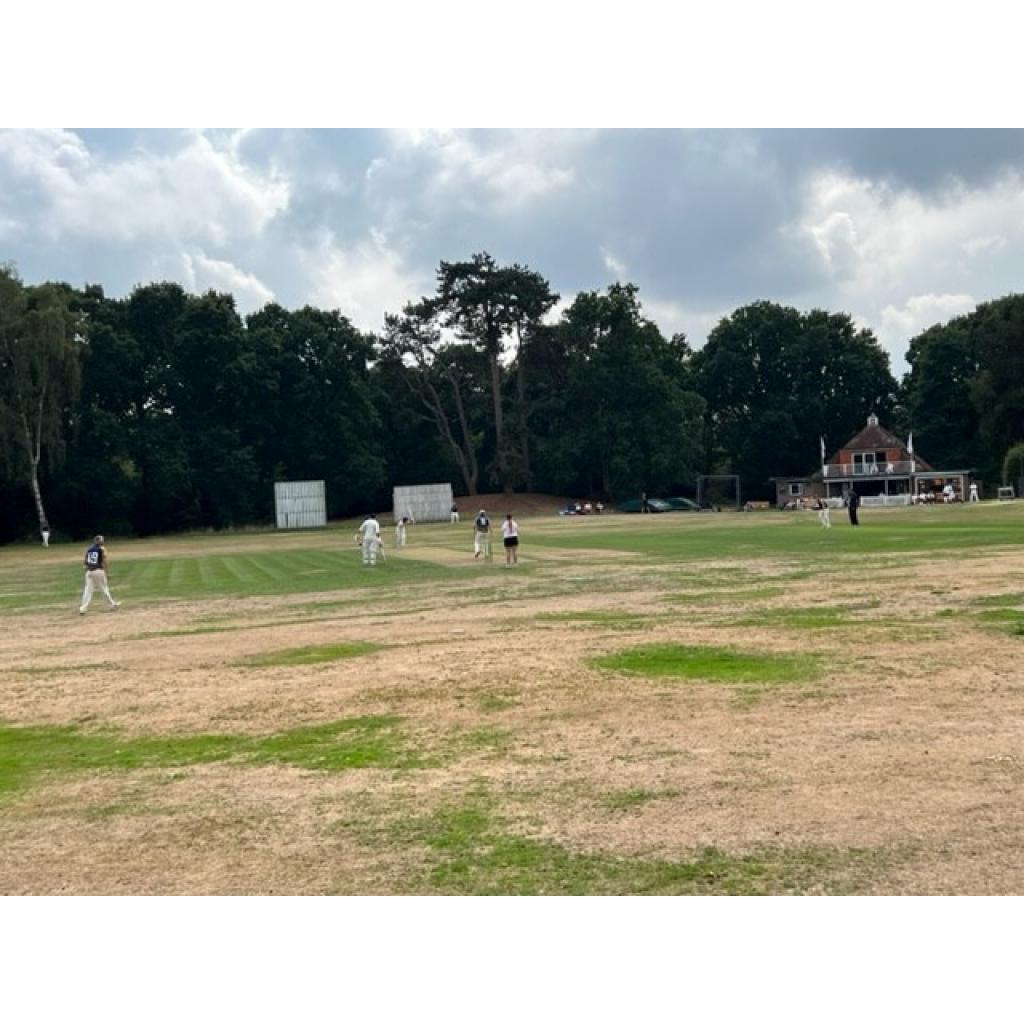 The Midweek XI won their league this summer so qualified for the Hampshire Slam competition. Unfortunately, Portsmouth could not be overcome in the Quarter-Finalwith OGCC unable to chase down the 145 set.

Hope Horne provided the highlight of our bowling taking a key Portsmouth target after a great spell. Henry Schooling top scored on 20 but a quick fall of wickets led to us being all out for 68. A special mention to Paul Downham for carrying on despite falling victim to some sweet chin music that landed a little below his chin.

Meanwhile at the King Street Oval on Satuday, the Club XI marshalled by Dave Riches took on the familiar friendly opponents The Grannies. After winning the toss and electing to bat first, 3s skipper Nick Bryant and Matthew Brown produced an excellent opening partnership, totalling 97 between them until NB was dismissed after a run-a-ball 50. Liam Schooling (25) entered at 3, and was joined by Liam Matthews once MB departed for 34. However, L-squared did not last long – one ball in fact! – as LM did not trouble the scorers. Henry Wright (16) entered at 5 and built a solid partnership with LS until HW’s wicket started flurry of wickets as OGCC lost 5-14. A useful cameo from the captain (22 from 16), supported by Hursty (7*) allowed OGCC to reach 200-9 from 40 overs.

On Sunday, John Pocock’s O’s took on Not The MCC, who borrowed a few from the crowd to make up the numbers. A successful toss and election to bat first led Max G (45) and Jack P to the middle. Jack (5) returned to the pavilion early, and Liam S (6) joined a free-scoring Max. Soon Max was out for an enterprising 45, and LS decided to follow him back courtesy of a St John screamer of a catch for the oppo. Piers Johnson (36) and Netty (14) set about the task, before some quick scoring from Archie Mogg (32 from 20) and Dan Warna (50 retired from 31), along with a cameo from Steve Tomlinson (21*), propelled the O’s to 234-8 off 35 overs. Archie Horne (2-38) and Will Kettle (3-40)  both bowled well for the opposition.

Joe VDF (4-37) struck early twice in the Not The MCC reply, and the introduction of Archie Mogg (4-54) brought two more, leaving the oppo 48-4, and brought Will Kettle (45) to join St John (37) in an OGCC pairing. Once St John departed, WK and the no.7 tried to bring them back into the game, but Joe VDF returned to dismiss WK for 45, and with the no.7 retiring on 50, VDF and AM swept through the tail. By the time the no.7 returned to the crease it was too little, too late, as the O’s held on to win by 11 runs.